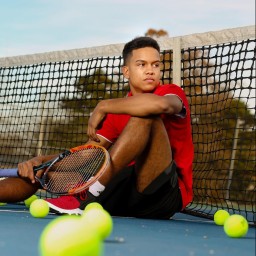 This week we get to look at several, high-quality tournaments. After these past two weeks, there is a lot to be excited about in tennis news around the world.

If you weren’t able to keep up with everything going on, we’ve got your back. Below are the tournament news/results, top headlines, and spotlight story!

If anyone was worried about the state of tennis after the Big 3 leave, these last couple of weeks proved that there are plenty of top young players ready to take their place.

Story: The story of this tournament was of course Roger Federer’s return to play, but that was topped by the performances of the two finalists. The runner-up, Bautista Agut, would defeat Reilly Opelka, Alexander Bublik, Dominic Thiem, and Andrey Rublev en route to the finals. Basilashvili would defeat John Millman, Malek Jaziri, Roger Federer, and Taylor Fritz on his way. All of these players are tough opponents and these two finalists had an amazing week defeating them.

Story: As if his 10th career title wasn’t enough to make Medvedev excited about this tournament, he would also end an era of dominance in the rankings. With this victory, Medvedev will become the first player not named Federer, Nadal, Djokovic, or Murray to be in the top two since 2005. Wow.

Story: Although the champion Garin would play a great tournament, it would be the 17-year-old qualifier Holger Rune making all of the headlines. He would defeat Benoit Paire on his way to an eventual quarterfinals exit. If you haven’t already done your research on this kid, now is the time to start.

Story: Several good things would happen during this tournament, but they were highlighted by Muguruza’s bounce back and Pegula’s continued rise. Following her first-round victory, American Jessica Pegula would defeat Mladenovic and Pliskova before taking Elise Mertens to three sets in the quarterfinals. Every tournament she has been in lately she has made a statement and I wouldn’t expect that to stop anytime soon.

Story: Although she was a top-tier player not too many years ago, it has been awhile since Bouchard has been able to compete at tournaments like she did in this one. She would defeat Caroline Dolehide, (8) Kaja Juvan, Caty McNally, and Elisabetta Cocciaretto en route to the finals. I think we can expect to see more solid play from her in upcoming tournaments.

Story: The wildcard champion Karatsev was the story of this tournament. After making a run to the semifinals of the Australian Open earlier this year, Karatsev has looked sharp in every tournament. In the Dubai Tennis Championships he would defeat fellow rising stars Jannik Sinner and Andrey Rublev en route to the title.

Doubles: In doubles play, Ken and Neal Skupski would defeat (1) Marcel Granollers and Horacio Zeballos 7-6 (7-3), 6-4 to win the championship.

Result: In the championship, Leylah Fernandez would defeat Viktorija Golubic 6-1, 6-4 to claim the title.

Story: The 18-year-old Canadian Leylah Fernandez was truly the story of the tournament. Fernandez would defeat Vandeweghe, Kucova, Kuzmova, (7) Sorribes Tormo, and finally Golubic to win the championship. Her future in the WTA is very bright and this tournament just goes to show her promise.

Doubles: In doubles play, (2) Caroline Dolehide and Asia Muhammad would defeat Heather Watson and Saisai Zheng 6-2, 6-3 to win the championship.

Story: Despite her unfortunate retirement in the championship match, Gasparyan would play a brilliant tournament. She would defeat (7) Mladenovic, Siniakova, (1) Alexandrova, and Zvonareva en route to the finals. But, at the end of the day, in an all-Russian final, Kasatkina would become the first Russian St. Petersburg Ladies Trophy champion.

On both the ATP and WTA Tour, next week we will get to see one of the best tournaments of the year, the Miami Open.

If you enjoy tennis-related headlines, these recent news stories will surely be must-reads for you.

After undergoing two knee surgeries during a very weird 2020 tennis season, Roger Federer would finally return to play in Qatar this year.

And, despite coming out a few days later and announcing his withdraw from several of his upcoming tournaments, Federer looked to be in decent condition during his return.

Regardless of whether or not he’ll ever return to the level he was at a couple of years ago is unknown, but it is great to see him back on the court doing what he loves.

If you would like to read more about Federer’s return to play, make sure to check out this article by the ATP Tour.